In this game, you are centuries old, and the looming spire that you have made your home is filled to the brim with storied treasures. Take a moment to wander among them, casting your mind back to the adventures and trials by which you obtained them...

Based on the Alone games by Takuma Okada.

Alone In My Ancient Tower.pdf 398 kB

Alone In My Ancient Tower

a trinket-fiddling game. Comperable to a memory-hewn fidgit spinner for the mind. Get it printed or copy it to some paper while listening to an audiobook. On a rainy day, pull it out along with some watercolor. Fall in love with a smaller self’s little things.

Some sources from my life:

There were tiny metal mechanisms that whirred or ticked or slowly changed shape or emitted little puffs of smoke. There were dozens of mysterious fluids in dozens of oddly shaped containers, all bubbling, boiling, oozing, changing color, or forming into interesting shapes that vanished half a second after you saw them. There were things that looked like clocks with many hands, inscribed with numbers or in unrecognisable languages. There was a bracelet bearing a lenticular crystal that sparkled with a thousand colors, and a bird perched atop a golden platform, and a wooden cup filled with what looked like blood, and a statue of a falcon encrusted in black enamel. The wall was all hung with pictures of people sleeping, and the Sorting Hat was casually poised on a hatrack that was also holding two umbrellas and three red slippers for left feet.

There’s a full moon up, and the growing night is cold, silver, serene. Kerewin sits patiently, chin cupped in her hands, watching the suneater flicker, miss a beat, die. It’s run for quite a while after the sun went down. 18.55.25 she notes, stopping the watch, and entering the time. She adds another dot to the graph — yep, the gradual decline, an inverse phi curve. Strange that the suneater’s curve keeps pace with some of her own. She had begun a book of biorhythmic cycles for herself a long time ago, and when she first began to explore the little machines, she had been curious to find out whether they might reflect cycles too. The suneater’s chart has been going for sixteen months: her set, for five years, six years o God this December. And I thought a year would be enough to discover the rhythms of my body and mind… I’ll finish it this year. The thing’s become an obsession. For what does five years of accumulating snippets of wisdom add up to? Knowledge that I’m a changeable sort of person- O well. She flicks the crystal casing of the suneater. Pretty toy. Pastime. As useful as all my other toys and time-passers. As useful and pointed as myself. Joe, coming through the library circle doorway next night. “Himi said you were up this… holy God, what is that?” A blob of shining light, making butterfly oscillations. It came from a mirror focused on a crystal to which was attached many fine copper wires. The crystal was set between two magnets, and it was turning blurringly fast. “O that? One of my little um concoctions? Conundrums, anyway.”

The casket is deliberately not organized in any particular way. a lavender jade flask marred by many small abrasions Blood balsam, vegetal honeysuckle, thyme, silver orchid, and the barest hint of polished brass. From an autumn when thyme was in vogue. thyme feels like mutual metamorphosis Breathe. Remember. Back to the casket: a heroic woman’s figure Galbanum aligns with opalescent massoia bark; base notes of devotional oakmoss and betel. You first smelled it on an olive-skinned girl at Fatemeh Mohammadi’s wedding fete (you are reminded of drinking mimosas on the patio). galbanum is suggestive of obsession Part of you; not all of you. Let’s see what else: a silver vial, vaguely resembling a star Sleek sweet pea, ozone, flawless añejo tequila, plum, chestnuts and crystalline musk. You designed this to scent a pair of hand-tooled boots, with a French heel, that you wore at the Milan Festival of Puzzles (recall: the nicest bathroom you have ever made out in). chestnuts could mean sincere decisions

this is such a wonderful review, thank you 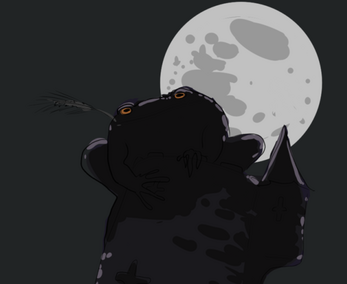